Cover image above from Ingmar Bergman’s masterpiece The Seventh Seal

The purpose of this website is to be supportive of the book and encourage readers to consider purchasing it. The site gives some background to the themes of the novel as well as offering basic biographical information on the author.  Excerpts from the novel are offered as a taster, indicating something of the tone and style but not spoiling the plot. There is also a facility on this website for playing through each of the short games featured in the novel. 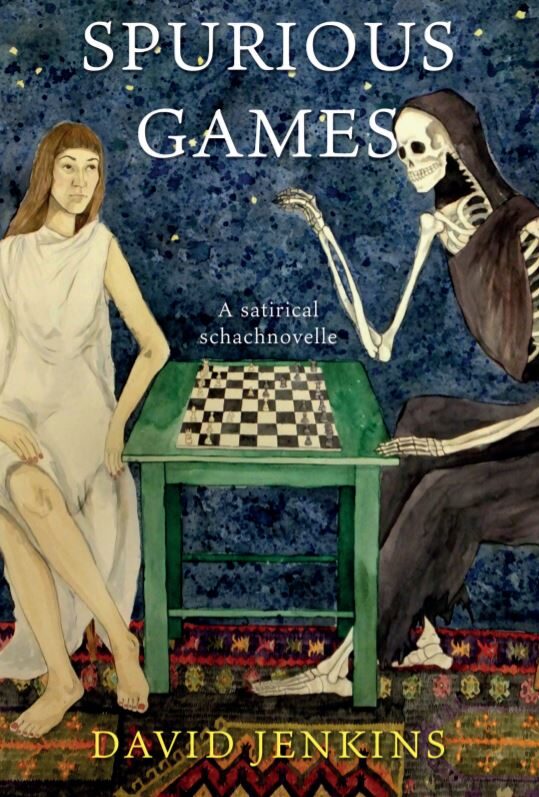 Two features in particular attracted me to the imagery of ‘Chess with Death’: firstly the studied insouciance of the woman who is looking outwards from the game, a stance that might well stand as a metaphor for Spurious Games itself, and secondly the hint that this chess-themed novel should not be taken as implying that the book is basically about and for men. Strong women appear in all its constituencies, notably a particularly shrewd newly-promoted detective, a radical feminist who is also a brilliant chess player, a pair of dubious female entrepreneurs and an academic expert on game theory. Totally absent is a preoccupation with the common lurid theme of women as victims of violence.

The price of Spurious Games is £12. 99 in hardback and £9. 99 in paperback. It can be ordered from www.troubador.co.uk/bookshop/.